With the majority of students being asked to stay at home now, we thought it would be useful to put together some fun and easy home science experiments… starting with this density experiment!

One tall glass or jar

Lots of small objects. Examples:- piece of Lego, small piece of wood, a metal screw, coin, pebble – anything that can be easily washed.

You could also try this with honey or washing up liquid.

Weigh the first jar and write down the result. Measure out 100ml of golden syrup and pour into this jar. (It is a bit easier to do this of the syrup is a little warm). 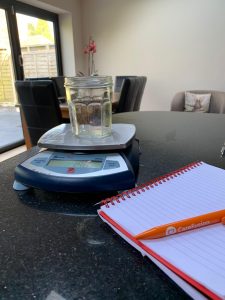 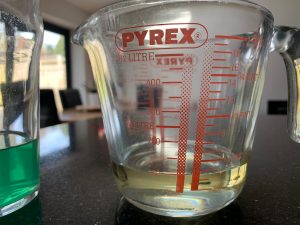 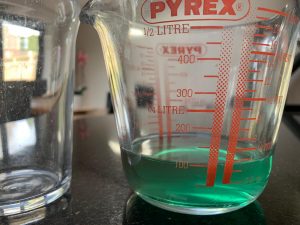 Repeat step 1 with water and add a few drops of food colouring.

Compare the weight of 100ml of syrup, oil and water. Do they all weigh the same?

Pour each liquid into the bigger jar. What happens? 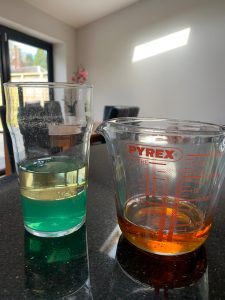 Each of the layers will be a separate liquid. This is because the densest liquid has gone to the bottom, the least dense liquid has floated on the top. How does this compare to the weight of each liquid? 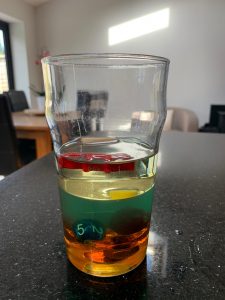 The science behind this experiment is all about density.

Objects or liquids float on liquids that have a higher density.