We wrote in a previous blog, ‘An Introduction to Energy & Power‘, that energy can neither be created or destroyed but energy can be stored and transferred, for example, energy is transferred from a hot object to a cool one by conduction or radiation.

In this blog we are going to focus on heat and temperature and energy transfer.

All objects contain internal energy. Some of this is due to the movement of the particles in the object. When an object is heated, its particles move more vigorously and its internal energy increases. Unless the object changes state (e.g. melts or boils), its temperature will increase.

A swimming pool at 30°C is at a lower temperature than a cup of tea at 80°C. But the swimming pool contains more water, so it stores more internal energy than the cup of tea. 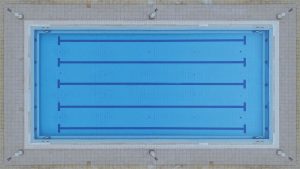 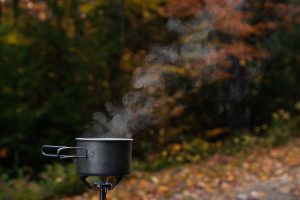 To boil water we must increase its temperature to 100°C. It takes longer to boil a large beaker of water than a small beaker. This is because the large beaker contains more water and needs to gain more internal energy to reach 100°C.

Invented in 1709, the first thermometers used alcohol, encased in glass, to measure air temperature. However, mercury replaced alcohol because it expands and contracts quickly in response to temperature. Today, digital thermometers, which use screens and number displays to communicate temperature, can measure temperature in a variety of situations.

Meat thermometers, used to measure the temperature of cooking meat, have oven-safe components, which allow them to withstand high temperatures. A current of electricity flows through the metal tip of a meat thermometer, while a microchip keeps track of the current. The more the metal tip heats up, the more difficult it is for the current to flow. The microchip keeps track of these changes in current resistance and converts that information into a readable temperature.

Most packaged foods sold in shops and supermarkets have to list the food’s calories on their nutrition labels. Calories are units of heat. One calorie describes the amount of heat needed to raise the temperature of 1 litre of water by 1 degree Celsius. To determine the amount of calories in food, you can use an instrument called a calorimeter.

In fact, this can be done in the classroom by setting fire to a peanut with a Bunsen burner and moving it quickly to the container. The peanut is particularly good because of the oil in the nut.

There are three methods of energy transfer: conduction, convection, and radiation.

Heat is thermal energy, and in solids it can be transferred by conduction. Heat is passed along from the hotter end of an object to the cold end by the particles in the solid vibrating. The hotter particles vibrate a lot and cause the particles next to them to vibrate as they gain heat energy too. Solids are heat conductors due to how tightly packed their particles are.

Fluids, that is both gases and liquids, can transfer heat energy by convection. It is easiest to explain this while thinking of an example:

Imagine a beaker of water being heated from the bottom. As the water particles at the bottom get hot, they expand and become less dense. This means they will rise to the top of the beaker, and other colder water particles will fall to replace them. After a while, the ‘new’ cold particles at the bottom will be heated and they will then rise to the top as they will be less dense. The water at the top which was first heated will have slightly cooled by then, so will sink down to the bottom, but then will be reheated and the same process will happen again.

This constant flow of the fluid due to the expansion / change in density of the particles is called a convection current. Over time all the fluid reaches a constant temperature.

Simple Experiment: To show the transfer of heat energy by convection in water

1. Place a small crystal of the dye (potassium permanganate) at the bottom of a beaker of water.
2. Gently heat the water with the Bunsen burner.
3. Observe the crystals as it dissolves in the water.
​
Results:

– Heat travels by convection through water.

Radiation is different to the other two processes as it doesn’t require particles in its transfer of energy. Instead, infrared radiation is a type of electromagnetic radiation. This means that the energy is transferred by waves rather than particles.

Radiation is how we feel the heat from the sun on Earth, as waves can pass through the vacuum of space where there are no particles.

Simple Experiment: To show the transfer of heat by radiation

1. Pour equal amounts of boiling water into the two cans.
2. Cover each can with an insulating lid to reduce cooling by convection.
3. Record the temperature in both cans every two minutes.

– The temperature of water in both cans dropped due to heat loss by radiation.
– The can with the dull black surface was a better radiator than the other can.
Conclusion:
– Heat travelled by radiation from the hot water in the cans.

Lascells has been manufacturing equipment for science education from its factory in the UK for more than 20 years. We pride ourselves on quality, customer service and meeting the needs of a demanding subject.

For more information check out our website at www.lascells.com